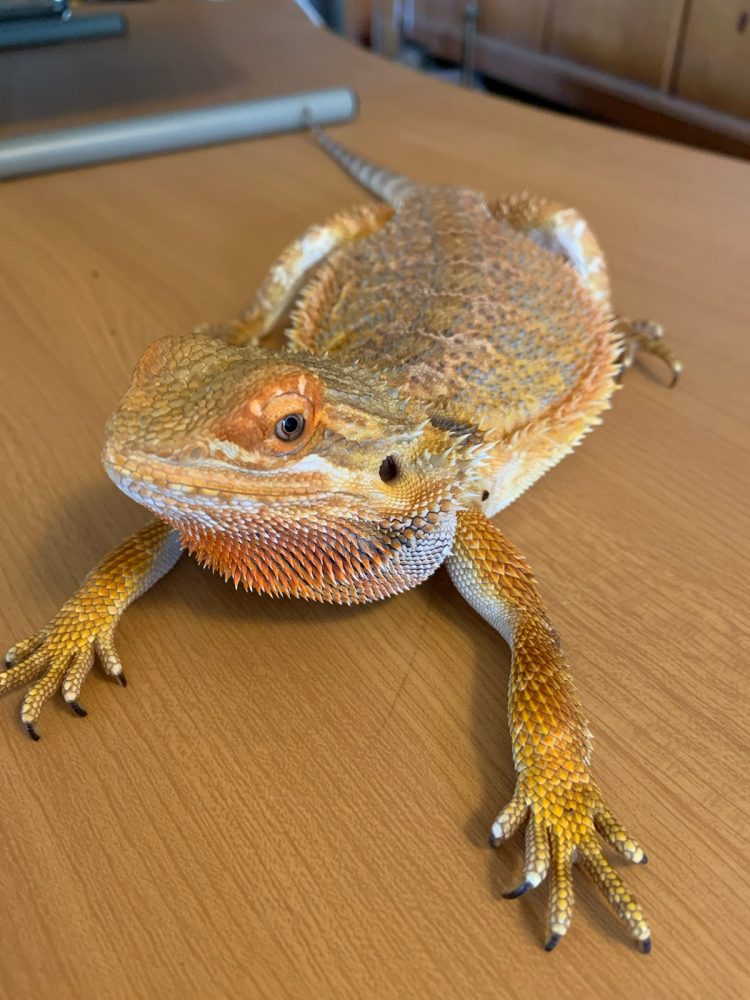 ​One of our Animal Ambassadors here at CEED is none other than the friendly and lovable Bearded Dragon, a type of lizard native to the deserts of Australia. Bearded dragons are named after their “beards”, a baggy throat patch covered in overlapping scales they expand to threaten other dragons out of their territories. Bearded dragons are omnivorous, meaning they eat a varied diet of plant and animal matter, such a insects, fruit, leaves, and even other lizards.

Lil’ Stevie was adopted by Ranger Eric Powers from a family in the midst of divorce. Even though the child taking care of Lil’ Stevie was splitting time between both parents, neither parent had the space for the tank. They made the hard decision to surrender him. Although Bearded Dragons come in lots of colors, Lil’ Stevie is particularly orange and quite a beautiful boy! Ranger Eric estimates that Lil’ Stevie is just about five years old, making him a teenager in dragon years. 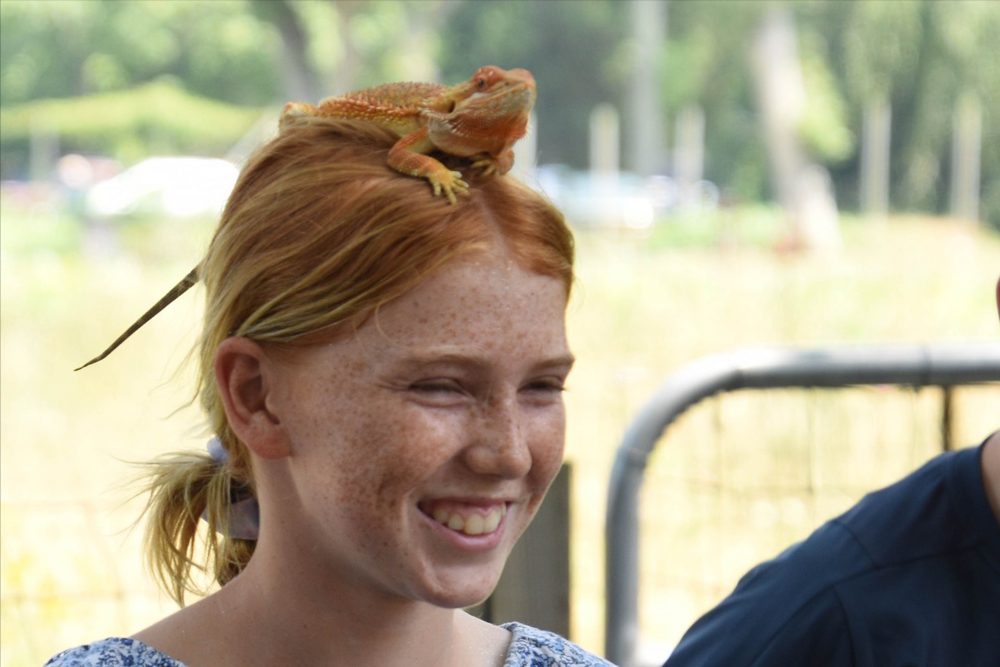 Ranger Eric has owned Bearded Dragons in the past, saying he really likes them because they naturally enjoy perching on something high and sit for long periods of time. They are so chill and relaxed! It’s a natural behavior that makes them agreeable to programs and teaching opportunities. In the wild, Bearded Dragons, like other cold-blooded reptiles, will perch on branches and rocks to catch the sun rays and raise their body temperatures.

We hope you look forward to meeting Lil’ Stevie and the other Animal Ambassadors real soon!

Keep up with the latest news.