Questions for a Co-Founder – Eric 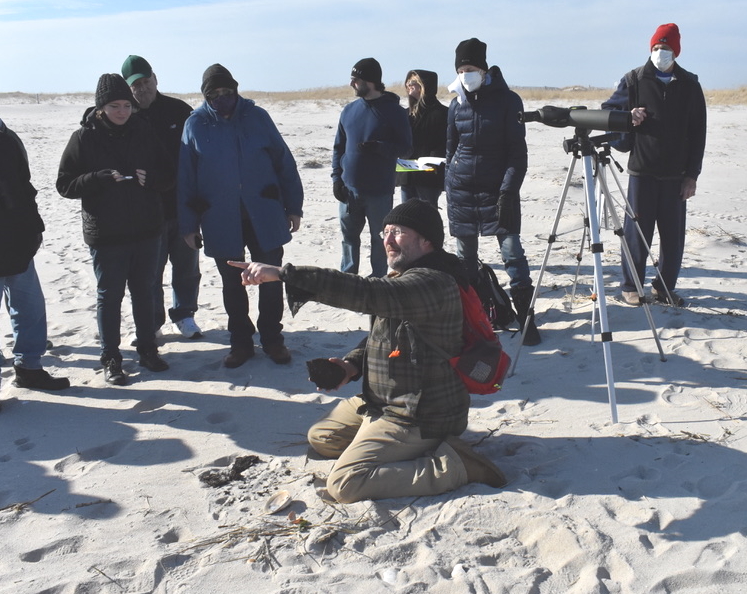 As with many people, I had the fortune of knowing Ranger Eric Powers for a very long time, but not really knowing him beneath the “Ranger Eric” persona.  The past couple of years, I have had the opportunity to learn more about who he is and understand how he got to the point of starting our successful non-profit organization Art & Nature Group, Inc. dba CEED.

We first met many years ago, before cell phones were the norm.  I worked for a summer program through SCOPE outdoor education when I was a teacher and Ranger Eric was a full-time employee for SCOPE/ Western Suffolk BOCES outdoor education program. We were camping at Blydenburgh County Park with a bunch of pre-teens and Eric stopped by.  It was August of 2003 when we had the big blackout in the Northeast.  We had no idea there was no electric on Long Island because we were camping. What I remember most about Eric were his bird calls and his ability to get the children away from talking about video games and other non-nature activities.  He had and still has a gift of getting people excited about nature.  I jumped at the opportunity to interview Ranger Eric Powers because I know we would all love to learn more about this what brought him to Long Island almost 30 years ago and how he got to where he is now. The following is my interview with Ranger Eric Powers, co-founder of CEED. Sally Wellinger, Executive Director

1) What inspired you to enter the field of conservation and environmental education?

“Well, it was a series of events.  After college, I landed my dream job as a park ranger.  After 2 years, I realized it was more of telling people what they can’t do instead of teaching people why you would want to protect the Earth.  I found myself gravitating to helping at the nature center whenever I had the opportunity.  When the director left, I asked if I could fill in and they said yes.  I really felt I was making a bigger difference in the world and loved creating programs and teaching about animals.”

2) Is there one person who comes to mind as an inspiration for you?

“There actually are two people that come first in my mind, for two different reasons. First, David Attenborough with his nature videos, that have always inspired me to learn about the natural world.  Second, Larry Rogstad, a game warden who I worked with in Colorado, helped me find my career path.  I would ride around with him and learn what he did as a game warden and discuss different opportunities.”

3) What brought you to Long Island from Colorado?

“My career plan was to travel around the United States taking seasonal jobs. After two years of travelling the country, I saw a full-time position with Western Suffolk BOCES posted as an outdoor educator.  I applied, got an interview, and flew to Long Island on my last dollar.  I felt great about the interview and was offered the position the next day.  I put all of my belongings, which were mostly skulls, furs, rocks, and camping gear in the back of a pick-up truck and drove to Long Island.”

4) Who was your first friend on Long Island?

“I have to say my first friend I met on Long Island is Barbara LaGois. (Who by the way is one of CEED’s most dedicated volunteers!). I went on an Audubon night hike looking for owls.  They were repeatedly playing a recording, which I am not a fan of recordings.  After a while, I started using my Eastern Screech Owl call to answer back to the recording.  The crowd was excited to hear the owl respond back to the recording.  Barbara was the only person who noticed it was me calling back and we became fast friends.  Another early friend, Patrick …., took me kayaking on every stream and river on Long Island, which really helped me learn about all of the natural places on the island.”

5) When did you start your own company YC2N (Your Connection to Nature)?

“I started my own company in 2005.  As an outdoor educator for schools at Caleb Smith State Park with BOCES, I noticed there was a huge calling for bringing environmental education programs into schools, especially with live animals. It was a perfect way to blend my interests of handling animals and environmental education into a career.”

6) What were your feelings about taking the jump to start your own company?

“It was terrifying and a huge leap of faith.  My mom and all my friends supported the idea, but I had no funding and no idea on how to run a business. I used all my savings to start and took a business class on writing business plans.  I was taking any program that came my way, which gave me the phrase of doing programs from ‘Manhattan to Montauk’.”

7) What was your biggest surprise when starting YC2N?

“Honestly, that it would take off so quickly.  I was immediately booking programs left and right.  My biggest stumbling block was getting the website running.  Back then creating a website was much more difficult and I did not have the technology experience.”

8) Can you remember the first moment when the thought of the Art & Nature Group, Inc. came to be?

“I had known John DiNaro, local Brookhaven Hamlet artist, for a long time prior to the start of our art and nature collaboration.  He was gifted at painting environmental murals in schools with students and we met through BOCES.  We noticed an increase in requests from art teachers wanting art programs that were connected to nature.  We started meeting with other artists and discussing possibilities.

“At the same time, I was doing some work with Journeys in Native American Territories.  I learned my survival skills through a Native American survival teacher, so these skills paired well with teaching Native American methods. Through this program, I met Uaian, a Taino story teller.

“At dinner one night, we just came up with a potential theme of art and nature combined and the four of us would each take a corner of a gym for an interactive assembly.  We called it the Art & Nature Group.  I listed it with BOCES and the first year several schools booked our program.”

9) Once the assembly Art & Nature program became successful, what was your next step toward where we are today?

“Since we had attracted several other environmental artists into the group, we knew our next step was to find a physical location for two reasons.  First, we needed space to put all of our accumulated supplies and equipment. Second, we wanted a location where we could provide our offerings. At that time. I had just met Rebecca Muellers in a Master Naturalist program I was teaching.  She jumped right in and offered to help.

“We travelled all over Suffolk County viewing potential locations that were recommended to us.  John DiNaro knew Jim and Pauline Hazard, also local residents.  Jim Hazard is the Facilities Manager for the Post Morrow Foundation.  Jim and Pauline were working hard at trying to think of ways to use the Washington Lodge and the surrounding grounds.  Jim Hazard had connected me and Rebecca with Tom Williams, one of the board of directors for the Post Morrow Foundation.  Rebecca crafted a proposal to the Post Morrow Board of Directors, who in turn introduced them to the Town of Brookhaven.  From there, Rebecca opened negotiations with the town and here we are today, located in this amazing community that has been connecting art and nature for over a century.” 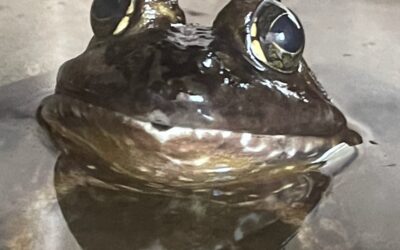 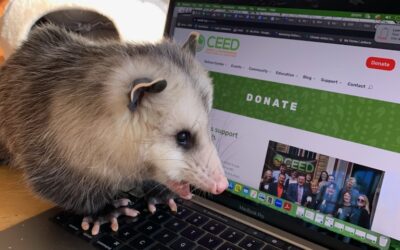