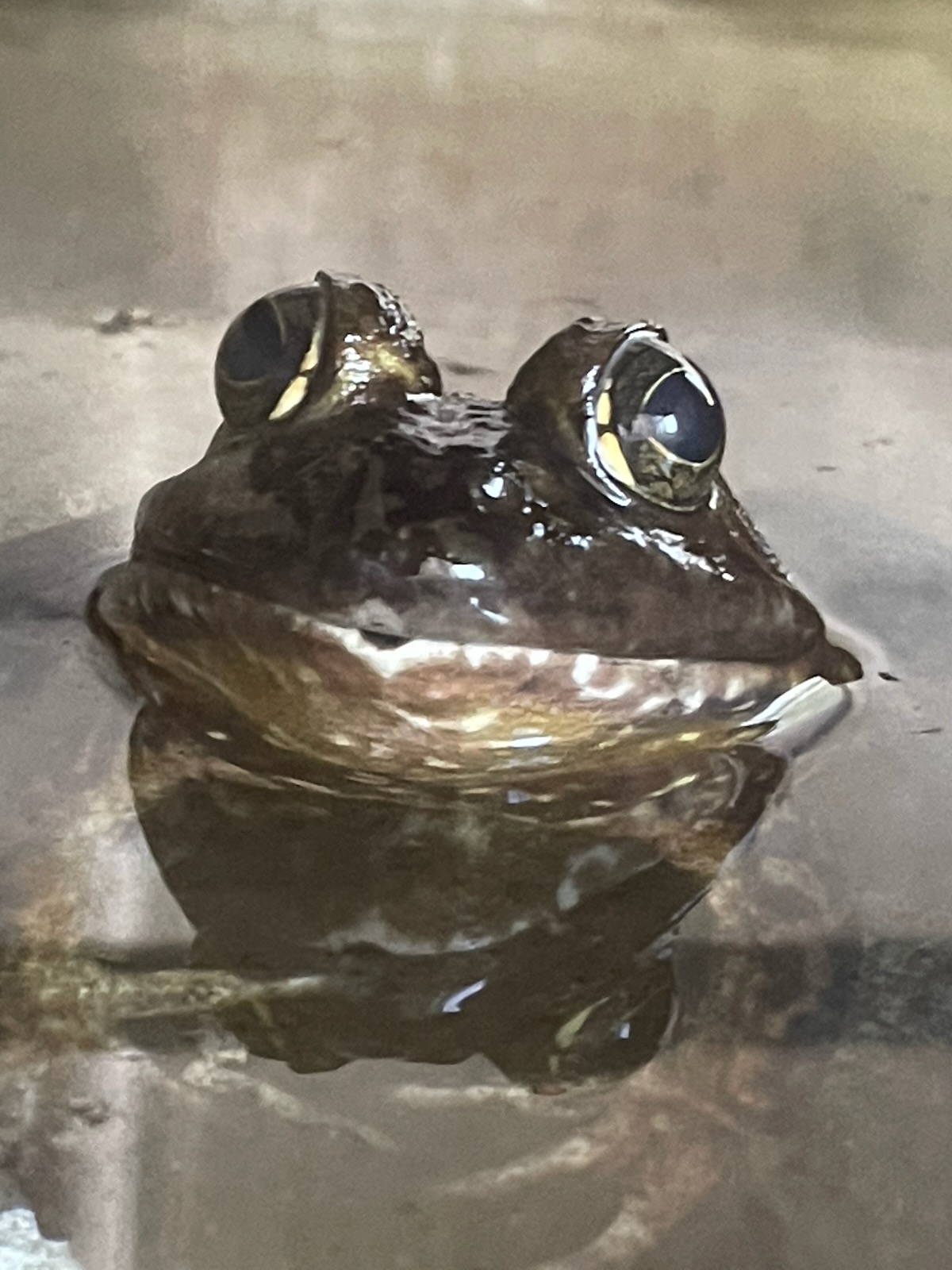 I guess I’m the last one to tell his Saga for Giving Tuesday. My name is Frodo, and as you may have guessed from my photo, I’m a bullfrog. I’ve been one of Ranger Eric’s Animal Ambassadors for more than 10 years, if you can believe it!

But no one is quite sure how old I am, because I lived with someone else for a long time before that. My original owner was going to let me go in a local pond, but Ranger Eric advised against that. It’s always a bad idea to let pets go. First of all, we’re used to being fed, and don’t do well getting our own food. And also, we might have bacteria, fungi, or parasites that would do a number on our wild relatives.

So Ranger Eric took me, and I’ve been following him around ever since. And now, we’re at CEED.

I like it here, and I’m happy to be one of CEED’s Animal Ambassadors, so I’ll cut to the chase. People think I say “Ribbit! Ribbit!” But I don’t. I say “Givit! Givit!” That’s right, I say “Givit, Givit on Giving Tuesday,” and Givit to CEED.

Support all of CEED’s educational and discovery programs that connect people to nature by making a Giving Tuesday gift right now. A CEED Board member has offered to match any gifts made to CEED (up to $2,500), so your gift will go twice as far.

The Matching Challenge ends at Midnight, so Givit now!

You’ll help provide a home for me and my new Animal Ambassador friends, and even more importantly, you’ll connect people to nature so they will care about the environment, and wild animals can thrive. 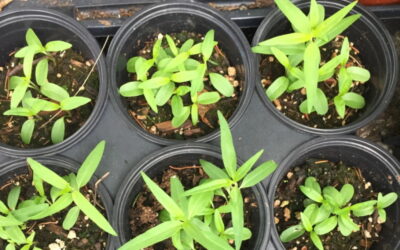 Increase your gardening results and be kinder to the earth at the same time in 2023 … that’s what regenerative gardening is all about. Organic and regenerative techniques can cut down on weeding, build good soil and prevent exposure to harmful chemicals, while saving... 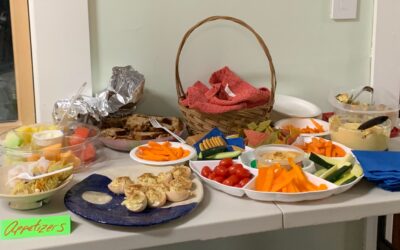 In January, we started our annual Volunteer Potluck Gathering and Acknowledgements. Being the first year, selecting the perfect candidates was a challenge. CEED has so many dedicated volunteers. Our Sea Star CEED Friend award went to AHRC, the Clean Team: Joey and... 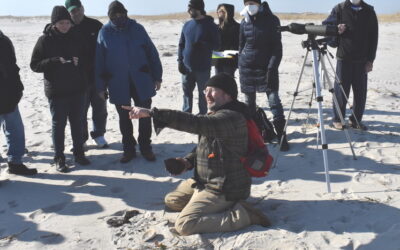 There is nothing CEED’s Ranger Eric Powers loves more than sharing his fascination about natural phenomena with people who want to connect with nature.  So we’re excited to announce our new monthly adventure, Natural Wonders with Ranger Eric.  Ranger Eric explains his...