Animals can be great ambassadors for nature, engendering wonder and care in people of all ages. We share so much with animals. There’s a lot we can learn from them, even about ourselves. And once we learn about the fascinating traits and lives of animals, we become motivated to protect the habitats where they live.

Below are just a few of CEED’s animal ambassadors, who make frequent guest appearances during our programs: The American Bullfrog is one large frog – able to grow a foot or more in length, weigh more than a pound, and the females are typically larger than the males. Even its tadpoles are huge, some growing to six inches before transformation. Their name is not derived from their size, but from the sound of their deep rumbling calls, which have been likened to the mooing sound of cows. All that size isn’t just for show, either. Bullfrogs are nocturnal and use their powerful back legs to lunge at prey. They are a top predator of the pond scene, preying on typical frog prey like insects, but also on other frogs and tadpoles, crayfish, fish, and even on small mammals and birds.

Bullfrogs were originally native to the eastern United States and Canada, but have been introduced over most of North America.  They have also been introduced to South America, Europe, and Asia, where they are often considered to be a destructive invasive species.

Many people know that spiders are arachnids.  But arachnids also include scorpions, mites, and the 100 species of vinegaroons.  Vinegaroons hail from warmer climates in the southern United States, Central and South America, South Asia, and tropical Africa. Although they aren’t very large (the largest are about the size of a credit card), like nearly all arachnids, they are carnivores. Vinegaroons are entirely nocturnal, emerging from their self-made burrows at night to prey on insects. Vinegaroons are essentially blind, and use their modified first pair of legs and their tail to feel around for prey and obstacles.

The Vinegaroon gets its name from its primary means of defense – an acidic spray that smells like vinegar. When a vinegaroon is threatened, it aims its spray glands at its predator’s mouth, eyes, and nose. Although the acid is not strong, it can cause a burning sensation when it lands in these sensitive areas. Some species have more potent sprays that can irritate skin. If that doesn’t work, the vinegaroon will also use its pincers to defend itself. Boa constrictors are large snakes known best for their method of subduing prey. These snakes aren’t venomous, but use their strong, muscular bodies to “constrict” the lungs of prey until it can no longer breathe. Boas have a mouth full of small, hook-shaped teeth that point backwards towards the throat to ensure prey travels down to the stomach successfully. Like most snakes, boas are also known for their capacity to swallow prey larger than their heads by dislocating four joints in the mouth to stretch around the meal. Because of these amazing abilities, these large Central and South American reptiles eat mice, birds, deer, monkeys, and even wild boar.

Boas feature some of the most beautiful skin patterns in nature, hosting vibrant reds, greens, yellows, and browns in a multitude of shapes and stripes. These patterns reflect the species’ habitat, allowing this stealthy predator to camouflage itself.

Considered the softest mammal on Earth, the chinchilla’s dense fur is a blessing and a curse. At home in the high Andean Mountains of Chile, the chinchilla’s fur keeps it perfectly warm and insulated from the elements. The thick fur grows from some of the densest hair follicles on the planet, with each follicle growing 60 hairs at once. Chinchilla fur is so dense it can keep fleas and other disease-carrying biting insects away from the skin. Living in arid mountains, Chinchillas are able to clean themselves without water. Instead, they roll in fine silts, sands, and dust, which soaks up oil and dirt, leaving this rodent with pristine, soft, clean fur. Pet chinchillas must be provided a special dust bath to fulfill this wild need, and must not be allowed to get too wet, lest fungus grow in that perfect hair.

The chinchilla’s luxurious fur leaves it vulnerable to human exploitation. Chinchillas have been hunted for their fur since the 16th century. Because chinchillas are small, 150 animals are needed to make just one full length coat! All three species of chinchilla were collected for the fur trade, driving one extinct and decimating the populations of the other two. Currently, both remaining species of chinchilla are classified as endangered, according to the IUCN. It is now illegal to hunt wild chinchillas, and most chinchilla fur coats are made from farmed individuals. But as with any valuable animal product, the chinchilla’s soft fur continues to attract poachers. 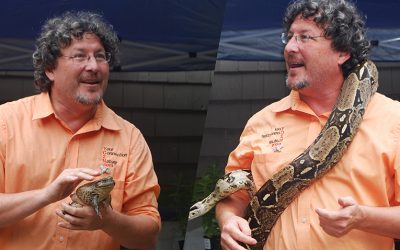 Talking with – and about – Animals with Ranger Eric Powers

With over 30 years’ experience, Ranger Eric is a wildlife biologist with CEED, an innovative facility on a nature preserve in Brookhaven. 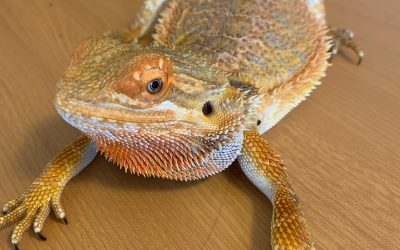 Meet Lil’ Stevie the Bearded Dragon! Learn about his adaptations and how he came to CEED! 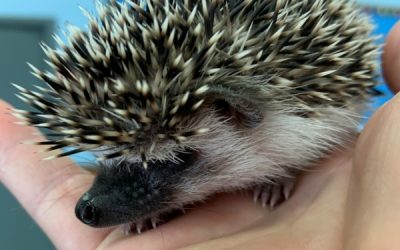 Although they share some similarities with the equally spiky porcupine, make no mistake that the hedgehog is not a rodent like the porcupine.

Your support keeps us running.